The Day Before You Came video - Årstabron

The Day Before You Came video - China teater

The Winner Takes It All video

The Sheraton Hotel in Stockholm - The Movie

When All Is Said And Done video - the studio

When All Is Said And Done video - the street

Under Attack - the video

The Day Before You Came video - the bridge

The most important bridge for all ABBA-fans in Stockholm is of course the Årstabron bridge in the southern part of the city. The bridge is known from the video "The Day Before You Came". You can get there by local train (=pendeltåg) from the Central Station (T-Centralen) in direction to Västerhaninge/Nynäshamn/Södertälje. If you want to see the station from the video you have to take the train to Södertälje. The station is called Tumba.

The train on the bridge goes in wrong direction. Agnetha is waiting on Tumba station (in southern part of Stockholm) and goes to the city. The train goes from the north to the south i.e. from the city to Tumba.

The Day Before You Came video - China teater

The parts of the video featuring all the members of ABBA were filmed at the China theatre in Stockholm. The theatre is situated in the house in neighbourhood of the Polar Music offices in Berzelii Park.

Several photo sessions were taken during that day. One of them is "the green session" taken in the foyer of the China theatre. We found the place. When you enter the theatre take look to the right up. 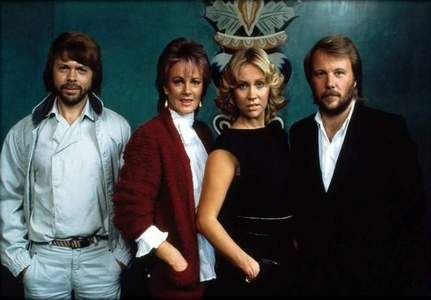 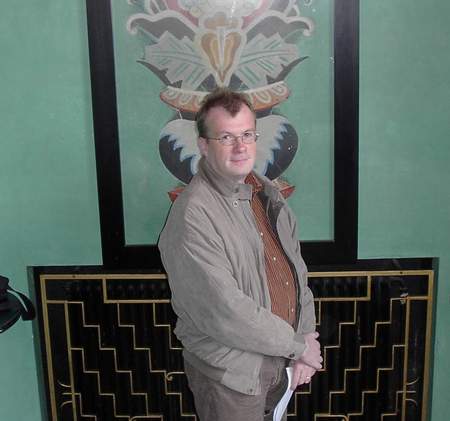 The Winner Takes It All - video

The filming of the video "The Winner Takes It All" took place in Marstrand.

The Societetshuset (The house of society) was the main spot where most of the filming took place. Societetshuset - the scenes filmed there: Agnetha sitting with the cup of coffee and singing, ABBA eating lunch, ABBA in the bar.

Societetshuset - the photo session ABBA on the balcony

Laughing in the gras - a couple of meters from the Societetshuset

In front of Societetshuset - Agnetha is walking and singing - in the background the see and a house on the other side of the bay.

In the town - on the one of the streets behind the church additional filming was done. Most of them were not used in the video. The only parts which appeared in the video feature Frida, Björn & Benny walking and laughing.

The Sheraton hotel in Stockholm is a place which is connected to ABBA The Movie. The hotel scenes were filmed here. The hotel is situated near the Central Railway Staion in Stockholm.

Head Over Heels - the video

The Head Over Heels video was filmed in the Stockholm city center on several spots.

1/  Frida running up and down on the big stairs. The stairs are situated on Kungsgatan (see the map below)/Malmskillnadsgatan in the very centre of Stockholm

2/ Frida running across a big crossing. The crossing is Kungsgatan and Sveavägen. You can see the Concert Hall (Konserthuset) in the background

3/ Frida is shopping. The warehouse "NK" in Hamngatan

4/ Frida and Björn after shopping are in Hamngatan outside the big warehouse "NK" and the bank "Nordea".

In January 1980 Stig celebrated his 50th birthday. ABBA recorded a special song "Hovas Vittne" devoted to Stikkan followed by a video clip. The foursome wore their Waterloo-outfits. The video was filmed at Berns in Stockholm, a concert hall & restaurant situated right behind the Polar Music Offices on Hamngatan.

The Opera house in Stockholm is well known because of two events connected to ABBA. The group performed "Dancing Queen" here for the Queen and the King of Sweden in 1976. In December 1993 a big gala was arranged at the Opera again when the Queen had her 50th birthday. There were lots of speculations about ABBA's comeback. All of us hoped to see ABBA performing "Dancing Queen" again but no ABBA appeared on the stage. "Dancing Queen" was sung by Anni-Frid Lyngstad together with The Real Group. This version of the song has been released on The Real Group's album in 1994. The Opera House in Stockholm is situated at the Gustav Adolf's Torg near the Castle.

The Happy New Year video was partly filmed in Lasse Hallström's apartment in Östermalm/Stockholm. If you want to take look at the house you have to go to Riddargatan 60 and look up to the 2nd floor

The video to Money Money Money was mostly done in the studio. Some filming however was done in Stockholm. Two recognizable places where the filming took place are the canal-lock (Slussen) (1) between Södermalm and The Old Town (first shots in the video) and the scene with Frida sitting in the car on Centralbron (The central bridge)(2) see the map below.

When All Is Said and Done video - studio

The video "When All Is Said and Done" was filmed partly in the studio in Solna outside Stockholm on Råsundavägen 54. The studios do not exist any more. Some years ago the complex was rebuilt and today it is called the "film city" and contains several cinemas. The easiest way to get there is by metro (T-bana) from T-Centralen (Central station) the blue line to the station "Näckrosen"

When All Is Said and Done video - the street

The non-studio shooting for the video "When All Is Said And Done" took place in Stockholm archipelago (the first scene featuring only Frida) and in Solna outside Stockholm not far away from the film studios. Agnetha Fältskog was filmed on Råsundavägen 107 in Solna. The easiest way to get there is by metro (the blue line) from T-Centralen to Solna Center. It takes about 10 minutes to go from the station by foots.

The video Bang-A-Boomerang was mostly filmed in Djurgården (a part of Stockholm) outside the Manilla School. The easiest way to get there is by bus 69 from Sergels Torg (in the central part of the city) to the bus stop "Manilla school" (ask the driver).

Djurgårdskanalen - filming for ABBA The Movie

Several scenes used in ABBA The Movie were filmed in Stockholm. One of them is the famous scene with ABBA and Ashley on the boat. The channel can be found on Djurgården about 100 meters from the little house from People Need Love session. Access with bus 69 from Sergels torg in Stockholm.

The video "Under Attack"

One of the most difficult ABBA related places to find but we finally did it. It is known that the video was made in one of the industrial house-properties in the part of Stockholm called Hammarbyhamnen in the southern part of the city. This area is under rebuilding now and it does not look like in 1982 any more. But with the help of an old map of Stockholm as well as old pictures of the area we found the place and the house is still there.

The video for the "Tiger" was filmed in the central parts of Stockholm - mostly in Norrlandsgatan and Kungsgatan (see the map). On on the the shots of ABBA during the filming you can see entrance to the hotel "Holmia". This hotel does not exist today and the Swedish finance authority - Finansinspektionen has the building.